BUY ONE GET ONE FREE! 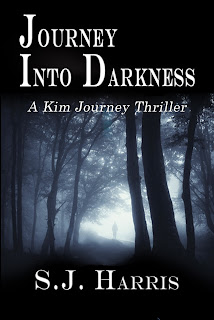 Kim was supposed to be watching her.

Plagued with guilt for many years, Kim believes in her heart Jenny is still alive. She takes traveling assignments and tacks posters all over the country with computer-generated photos of what Jenny would look like now.

On a Life Flight call to a cardiac emergency, Kim discovers something horrifying, something grave and sinister and impossible to ignore. As the only living witness to this atrocity, she feels compelled to launch an investigation.

With no help from the police, and her nursing license in jeopardy, Kim must strike out on her own in an effort to discover what really happened.

But the truth seems to be elusive in the small town of Hallows Cove, Florida, and Kim soon finds herself tumbling headfirst into a black maze of deceit, betrayal, and murder.

Will these bizarre and brutal crimes in the deep south finally lead Kim to her long lost sister?

Fans of James Patterson and J.A. Konrath will love the suspense, drama, and sheer terror of this lightning-paced tightrope walk by newcomer S.J. Harris.
UNBORN by Jude Hardin 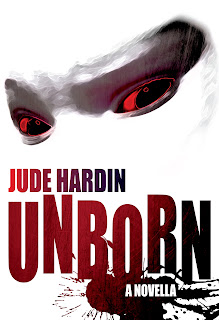 Psychic medium John Rock once had his own primetime television show.

Sometimes, the dead would speak to him.

The show was a huge hit, but the network wanted a performing seal.

John Rock refused to be one.

Now, some twenty years later, he walks the earth…

Sometimes, the dead speak to him.

Sometimes, they do more.

The most powerful, cunning, malevolent entity John Rock has ever encountered is out for revenge.

The entity is unfathomable.

The entity is unrelenting.

The entity is unafraid.

And, perhaps most terrifying of all…

The entity is UNBORN.

I defy anyone to read the first chilling chapter of this book and not buy it immediately. It will be an irresistible compulsion, because it's clear from the get-go that you're in the hands of a master of suspense.
--Lee Goldberg, author of THE WALK and the MONK series of novels.

With UNBORN, Hardin wades into the blood-soaked waters of the paranormal horror genre and knocks one straight out of the park. This one is sure to keep you up late while it chills your blood.
--Blake Crouch, author of RUN

Cross Stephen King with Lee Child and you get Jude Hardin’s UNBORN. Don't be surprised if you follow this duel from beginning to end in one sitting.
--Eric Christopherson, author of CRACK-UP
Posted by S.J. Harris at 3:51 PM

Please send the jpg of your cover (only one, please) as an email attachment to judehardin at yahoo dot com.

Covers will be posted in the order they are received, one per day as time allows. No exceptions! Please don't request a specific date, or submit and withdraw multiple times in order to try to get a certain date, or send emails asking where we are on the queue. All such submissions/emails will be deleted unanswered. If you want to submit more than one cover for review, please space the submissions at least four weeks apart.

In the comments section, post what genre you think the book falls into, and then offer some ideas about what works and what doesn't. Be honest, but be constructive. Have fun!